Reaching You Store of Hope with Kristen Jane Anderson

Store of Hope Reaching You with Kristen Jane Anderson 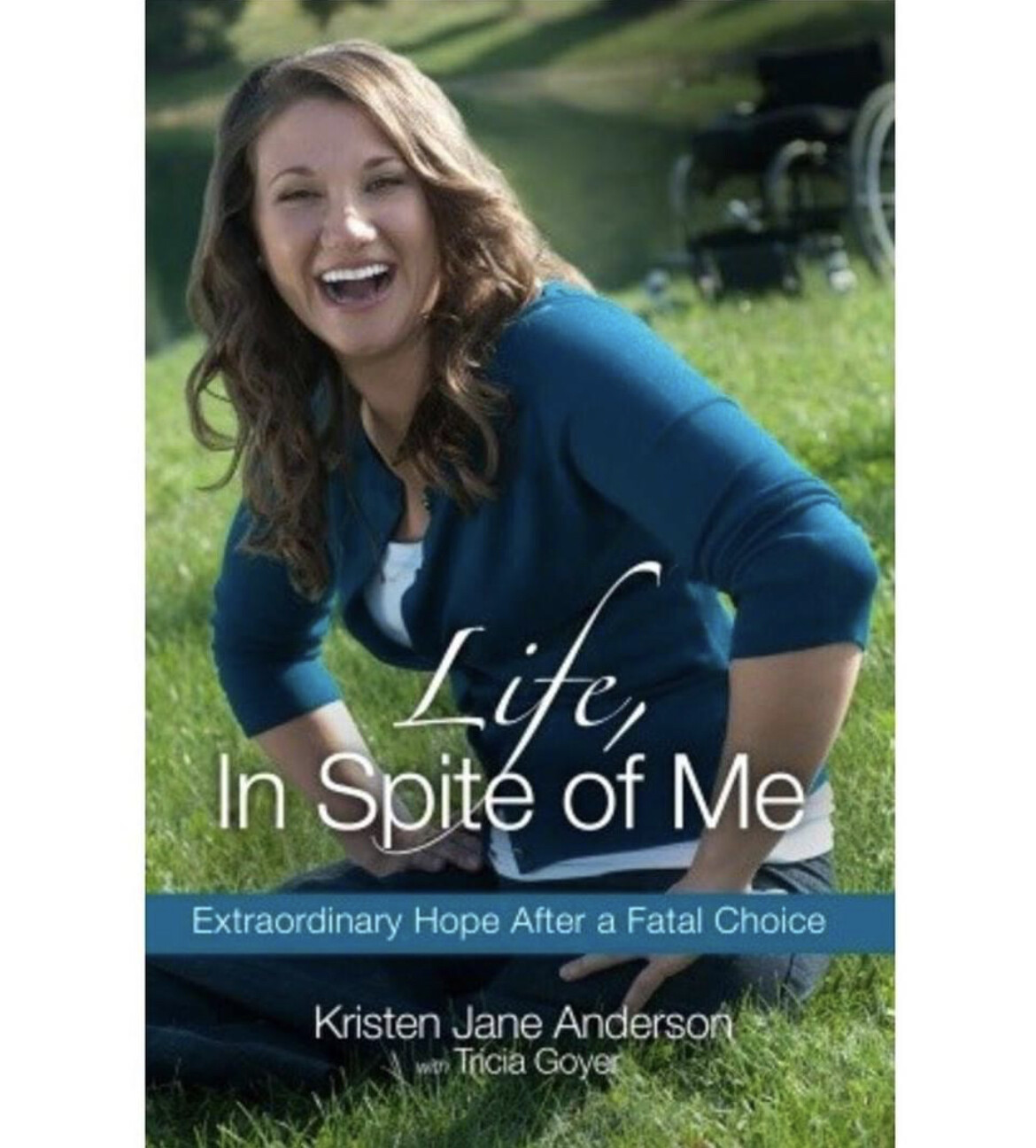 Life, In Spite of Me - Autographed

She wanted to die. God had other plans.

Overwhelmed by wave after wave of emotional trauma, Kristen Anderson no longer wanted to live. One January night, determined to end her pain once and for all, the seventeen-year-old lay across train tracks not far from her home and waited to die.

Instead of peace, she found herself immersed in a whole new nightmare.

Before the engineer could bring the train to a stop, thirty-three freight cars passed over her at fifty-five miles per hour. After the train stopped and Kristen realized she was still alive, she looked around—and saw her legs ten feet away.

Surviving her suicide attempt but losing her legs launched Kristen into an even deeper battle with depression and suicidal thoughts, as well as unrelenting physical pain—all from the seat of a wheelchair.

But in the midst of her darkest days, Kristen discovered the way to real life and a purpose for living.

For anyone struggling to find the strength to go on, the message of this heart-wrenching yet hope-building book is a clear and extraordinary reminder that even when we give up on life, God doesn’t give up on us.

Includes notes of encouragement from Kristen and resources for suicide prevention.

Endorsements: “Life, In Spite of Me is a remarkable story of life beyond despair and hope that triumphs over tragedy.” —Louie Giglio, pastor, Passion City Church/The Passion Movement

“Suicide is a liar and a thief. It promises peace to those who are escaping but delivers unimaginable pain and rejection to those left behind. Kristen Jane Anderson’s riveting story unmasks the thief and gives hope a face.” —Dr. Dennis Rainey, president, FamilyLife Ministries

“When I first met Kristen, I was overwhelmed with her smile, and then I saw her wheelchair. It was a defining moment for me. I had not heard her story or why she’d ended up at Moody. But it was her smile—and it is still her smile—that dismantles me. Kristen has something. It is something otherworldly. She had every reason to die, but now she has every reason to live. I hope you’ll read her story, see her smile, and know why she lives.” —Michael Easley, former president, Moody Bible Institute

About the Author: Kristen Jane Anderson has been featured on Oprah and is a popular speaker at colleges, women’s and youth events, churches, and suicide prevention outreaches. A graduate of Moody Bible Institute and the founder of Reaching You Ministries, Kristen seeks to help those who are hurting, hopeless, lost, suicidal, or depressed. Tricia Goyer is the author of three hundred articles for national periodicals, as well as many novels and several nonfiction books, including Blue Like Play Dough.